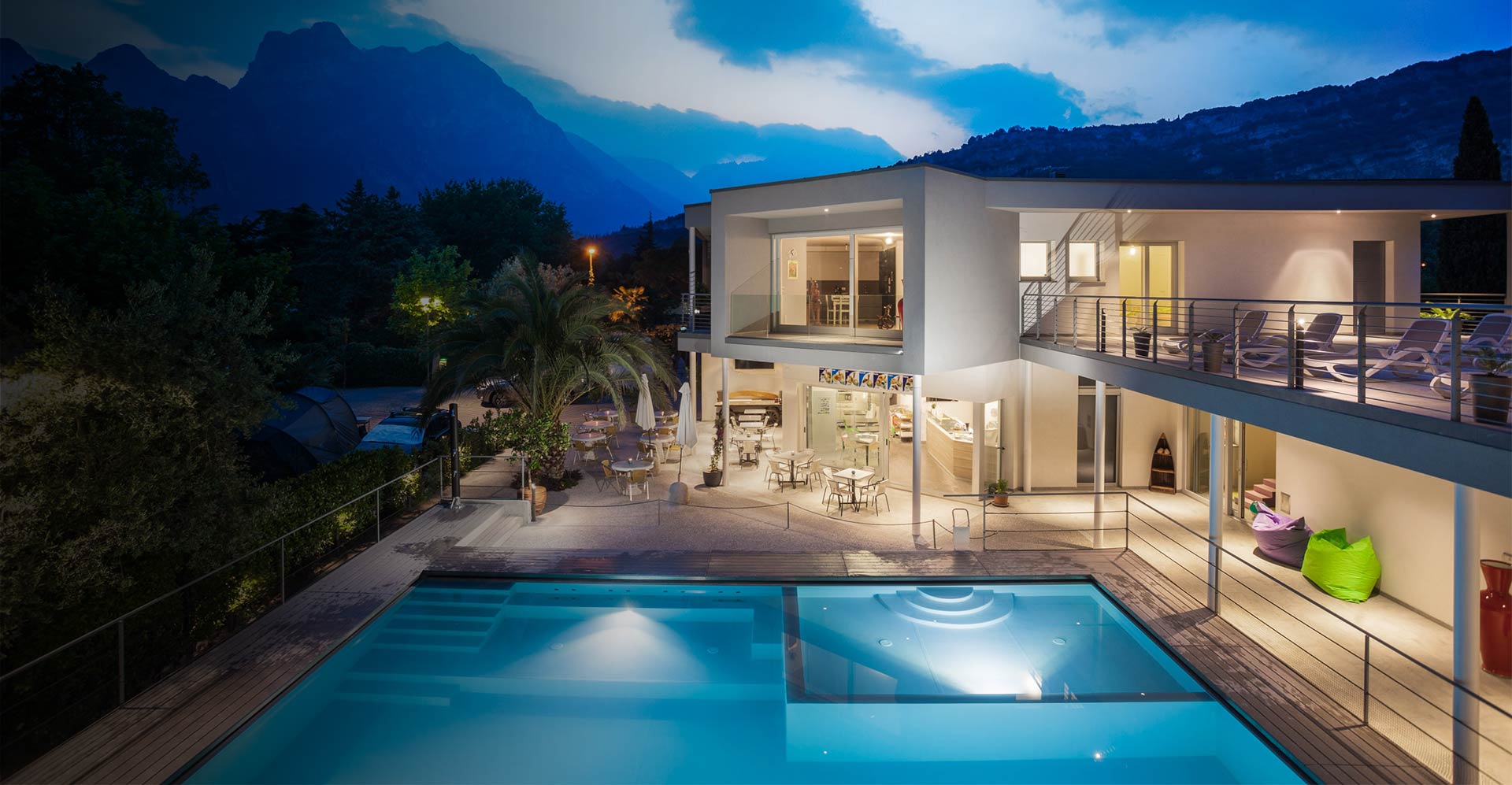 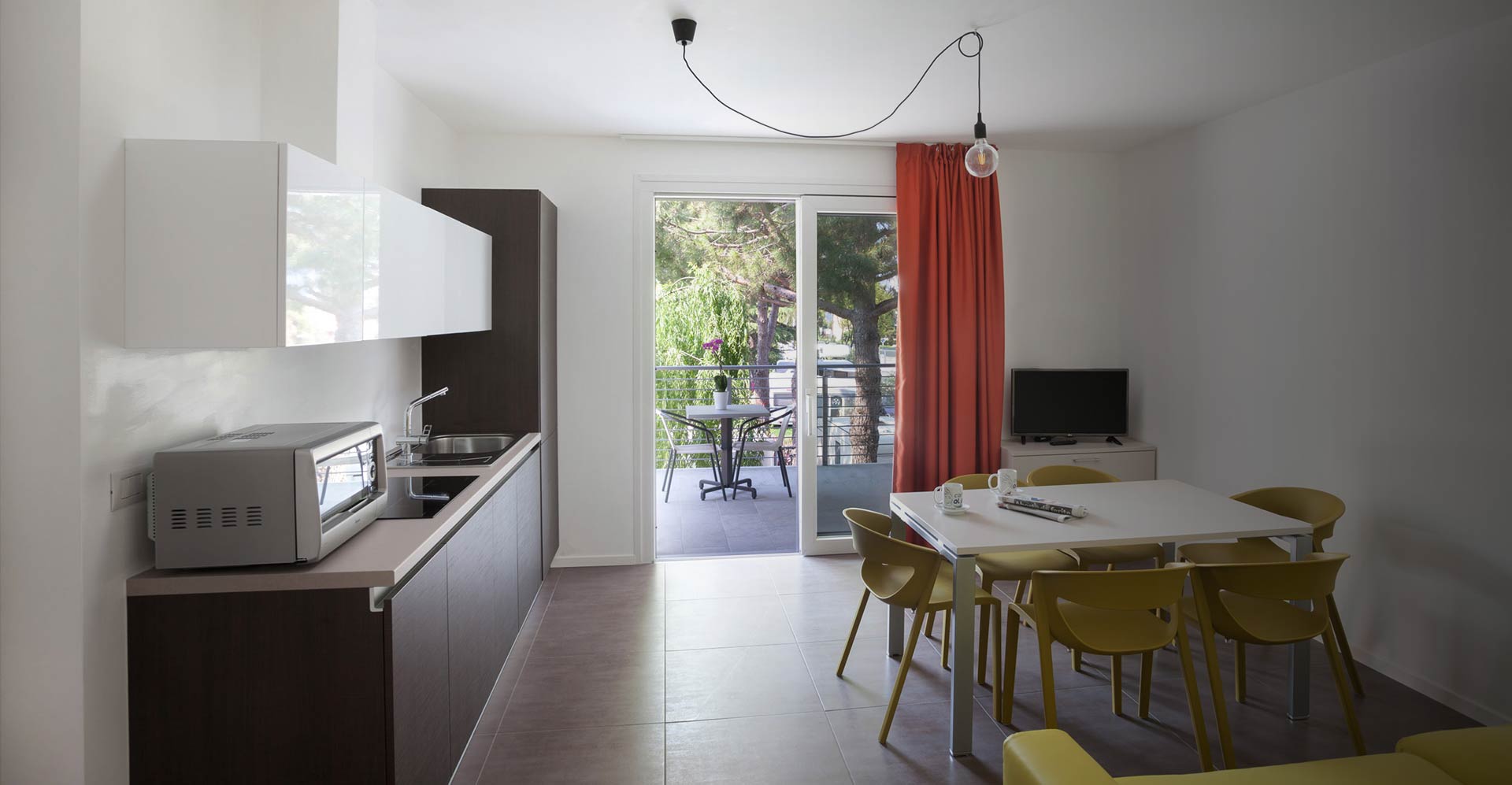 In the 2017 season, the Camping al Porto finally celebrates the completion of its modernization plan.
Following an idea ripened in so many years, it presents itself in a completely new form.
Though the rise into the 3-stars class was not simply achieved by simply adding a few new wash-rooms, but with an entirely new structure.

New and more numerous bathrooms and toilets, with more space, more privacy and hygiene. The interest of children of all ages has been taken into account, for newborns with a nursing room for mothers caring for their offspring's hygiene, just as with toilets for the exclusive use of our guests between 2 and 14 years of age. Our special pride is the games room, where kids can enjoy themselves in bright and well-protected surroundings even when the weather is less than good.

Attached to our new building there is an awning offering protection from sun and rain and meant for games during your spare time, such as table tennis, kicker etc.

For those among you who cherish the atmosphere of the camp site, but do not care for sharing bathrooms and toilets with others, there are private bathrooms, complete with WC, bidet, wash-basins and shower, which you can rent for the whole length of your stay. On the topmost floor of the building, a solarium is being installed with its view on the bar's terrace and the pool.

Early in the morning you will find rich breakfasts and bits from the baker's in our bar with restaurant and at noon typical regional dishes are on offer.
The jewel of our installations will be the heated swimmingpool, which is protected against the cold winds in spring and autumn and which, in the period when the water in the lake is still too cold for bathing, provides a pleasurable point of communication for young and old.
Take note, besides, of the great variety of possibilities during your stay on the camp-site, i.e. from the eco-spaces, meant for the tent freak and accessible only on foot , right up to the maxi-spaces with 100 sqm, access to 16A-electricity, drinking water and drainage of sewage.
We pride ourselves on the complete renewal of the camp-site having been made by means of technology and materials which aim at saving energy and caring for the environment.
The building containing the bathrooms and toilets is made of wood to attain a cosy atmosphere while keeping an eye on insulation and noise reduction.

Throughout the upgrading of our camp-site, our special interest has been the improvement of amenity in the transitional periods, when the lake is already/still beautiful, with lots of activities, but still/no longer not warm enough for bathing. Therefore we concentrated on having our installations situated so the rough winds in spring and autumn are kept out. Young families with kids in pre-school age will find on our small but well-provided site a pleasurable ambience, adapted to the needs of toddlers, especially during the periods when there are no holidays, i. e. May, June, September, October. But even in low season booking in advance is advisable. To comply just fill in the respective page on our web-site www.campingalporto.it.